View source
watch 01:33
Wiki Targeted (Entertainment)
Do you like this video?
Play Sound

Wallabee "Wally" Beetles a.k.a. Numbuh 4 is the brash and impulsive hand-to-hand combatant Australian boy of Kids Next Door Sector V. He is close friends with Hoagie and has a crush on his teammate, Kuki, who is his close friend and team mate and who returns his feelings. He ends up marrying Kuki in the future. There are few amongst the KND that can match him in hand-to-hand combat, and even fewer who can compete with his bravery. Numbuh 4 is also known for his apparent lack of intelligence, preferring to simply beat up any and all obstacles in his way.

Wallabee is easily recognizable by his blond hair in a bowl cut. He wears an orange hooded sweater, blue jeans and white sneakers. His eyes, like almost the entire Sector V, are not always visible, although it is later revealed that his eye color is green. He is also the shortest Sector V member, for which he is picked on a lot (for example, Abigail called him "sport" in Operation: M.A.T.A.D.O.R.). Another identifiable trait is his Broad Australian accent.

Numbuh 4 is the team's muscle, and the bravest, toughest, strongest, fiercest, wildest, most adventurous, dangerous, courageous, and alongside Numbuh 1, the best fighter in Sector V. These traits are largely due to the fact he is also impulsive, brash, hot-headed, arrogant, ignorant, and the outright harshest of the team. As a result, it is stated in Operation: F.U.T.U.R.E. that his parents would repeatedly send him to boarding schools, but he would always bust out of them. He alongside Numbuh 1 are the only operatives to have ever defeated Numbuh 274 (The greatest KND operative of his time) in single combat, although it is unknown if this was genuine or not. Whilst his prowess in combat is almost unparalleled, he is also easily tricked and can be outsmarted by more savvy opponents.

As seen in Operation: C.A.N.N.O.N. and Operation: F.E.R.A.L., Numbuh 4 has the desire to become leader of Sector V, but fails due to his bossy attitude and lack of intellect. Nevertheless, Numbuh 4 values his friendship with his teammates and cares deeply for them as seen in Operation: P.O.O.L. and even shed tears in Operation: M.A.U.R.I.C.E. when Numbuh 9 was being decommissioned.

One of Numbuh 4's most obvious traits is him exhibiting low intelligence. His sense of history is a garbled mix of irrelevant inaccuracies, as well as the fact he is unable to even spell his own number. Despite not being the most book smart, he is indeed the operative with the most street smarts, along with Numbuh 5, as shown in Operation: M.A.U.R.I.C.E.. Though Numbuh 4's strategies have a history of success, they often end with either high casualties or destruction of the asset he was assigned to protect. Numbuh 4's passion is sports, as shown in Operation: F.O.U.N.T.A.I.N., Operation: M.A.T.A.D.O.R., Operation: D.O.D.G.E.B.A.L.L., and in Operation: B.R.E.A.K.U.P., which is basically the only thing he is good at besides fighting. As it is mentioned throughout the series, Numbuh 4 has a terrible fear of swimming, but was barely able to learn in Operation: P.O.O.L.. As shown in Operation: S.A.F.E.T.Y., Numbuh 4 is possibly hemophobic, as he faints at the sight of his own blood.

As the team's hand-to-hand combat specialist, he the most capable when it comes to physical fighting, but is the least intelligent KND operative as shown in several episodes, including Operation: E.N.D., Operation: D.O.G.H.O.U.S.E., Operation: S.P.R.O.U.T., and Operation: Z.E.R.O., which leads to him being easily fooled, and usually selected for dangerous parts in missions. In Operation: S.P.R.O.U.T., when Numbuh 1, Numbuh 2, and Numbuh 5 were inside of him, it was shown that he had a very small brain. Despite this, Numbuh 4 has a strong sense of determination and never gives up in a fight.

Numbuh 4 can sometimes think that some things that are evil or somebody in trouble aren't a big deal. This doesn't make him beyond reasoning, however. In Operation: M.A.T.A.D.O.R., he didn't think the sport was a big deal because of how the Kids Next Door always fight adults. His teammates, in contrast, say how they fight evil adults while the bullies capture normal/neutral adults and drug them with coffee. Numbuh 4 ignored these claims until he realized they had done the same thing to his father. In Operation: F.O.U.N.T.A.I.N., he at first expressed little concern for Leaky Leona because they barely knew her, but after learning the Delightful Children from Down the Lane were responsible for Numbuh 1's baldness, he changed his mind and helped save her. In Operation: A.M.I.S.H., he assumed the Splinter Cell's goal of getting rid of all adults was cool until Numbuh 5 said the Kids Next Door only fight evil adults, not adults in general.

However, there are some moments where he shows some intelligence. In Operation: P.O.O.L. when the evil versions of the KND (known as the DNK, Destructively Nefarious Kids) posed as his friends, he was able to tell that they were impostors when he looked into Negative Numbuh 3's eyes. He was also able to realize the evil version of him, Negative Numbuh 4, was a coward after discovering that the evil versions of the KND were the opposites of the normal ones. He was even smart enough to attend Harvard as shown in Operation: I.N.T.E.R.V.I.E.W.S.

Numbuh 4 has a strong dislike for everything girly, particularly Rainbow Monkeys, since they make Numbuh 3 giddy. However, Wally begrudgingly tolerates her obsession to stay on her good side, due to his huge crush on her.

Hoagie and Wallabee have been good friends, starring together in many episodes near the end of the series (such as Operation: S.A.F.E.T.Y. , Operation: B.U.L.L.I.E.S. and Operation: F.I.S.H.Y.). Hoagie is also aware of Wallabee's crush on Kuki (aka Numbuh 3) and would often tease him about it with Abigail throughout the show. In the 2x4 Technology Handbook, Hoagie said that they have been friends before joining the KND.

It has been hinted throughout the series that Wallabee has a crush on Kuki, and vice versa. They have very different interests, with Kuki being a girly-girl and obsessed with Rainbow Monkeys all things feminine, and Wallabee being into what stereotypical younger boys like, such as violence, germs and games. Despite their differences, they are close friends who hang out together, and team up for missions often. He's shown many hints of attraction, such as blushing whenever she hugs him or says a comment that flatters or embarrasses him. In Operation: I.N.T.E.R.V.I.E.W.S., this relationship with her becomes canon as it reveals that he married Kuki.

Like Numbuh 2, Numbuh 4 and 1 have a brotherly relationships. Though sometime Numbuh 1 gets irritated with him. Wally sees Nigel as his hero and one of his best friends, and he was the most devastated when Nigel joined the Galactic Kids Next Door.

They have a brotherly/sisterly relationship. Whenever Numbuh 1, 2, or 3 is not around, they hang out or solve solo missions, often serving as a foil to his hot-headedness. Like Numbuh 3, Numbuh 4 goes to her for advice. Numbuh 5 once snapped at him to leave her alone, scaring him. Numbuh 4 does have will power when he chose not to fight a senior-zombified Numbuh 5 until she insulted him. Numbuh 4 was the one mostly upset when he lost Numbuh 5 to Grandfather's spell. Numbuh 5 once beat Numbuh 4 up for hiding in the girls bathroom and out of irritation. 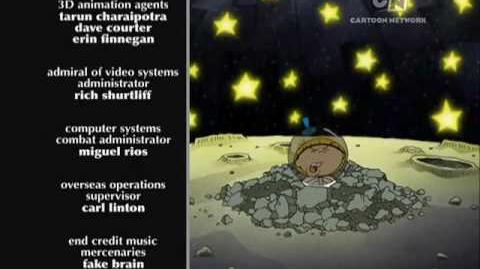 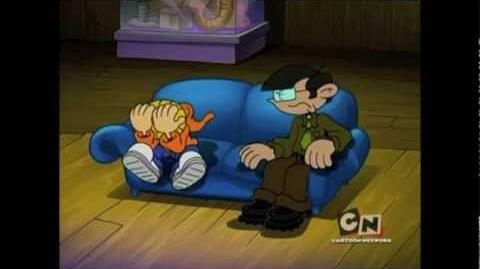