Years later, she is revealed to actually be a galactic level operative disguised as a human.

Lizzie generally wears her auburn hair in braids with sky blue bobbles. She wears round glasses all the time. She usually wears a bright yellow T-Shirt with a sky blue circle on the front, a blue skirt and white sneakers.

Lizzie is caring and resourceful. She can be rather brazen when her patience wears thin, due to being constantly blown off by Nigel. Once she was so frustrated she even had the nerve to say "SHUT UP!" to the Delightfuls.

She is also very bad at cooking, such as making a pie that knocked out Hoagie, Kuki and Numbuh 1-Love, and a chicken banana fritter soup with cottage cheese, mud and curly fries that almost poisoned Nigel, as well as making some strange dish out of oat bran, cream, tomatoes, steak, orange juice and tons of salt that lit her mouth on fire (as shown in the closing credits to Operation: S.N.O.W.I.N.G..) and over the Curious Pictures logo, says "Yummy!".

She first appeared in the self-titled Operation: L.I.Z.Z.I.E., in which she uses a mind control helmet on her boyfriend in order to stop him from ditching her to spend time with the Kids Next Door. In subsequent episodes, Lizzie is largely a neutral character. In Operation: D.A.T.E., she earned the temporary position as Numbuh 49 when Numbuh 1 told her coming to the dance was a mission. She appeared completely oblivious to the Delightful Children From Down The Lane's brainwashing of all the party guests and insisted on having her picture taken even after it became obvious that the camera was a brainwashing device. After that, Nigel hurts her feelings and said that it was never a date and didn't care if she thought so, and was seen sad after Nigel slammed the door right in front of her face and called her "date-crazy". Right before the Delightfuls were about to delightfulize Nigel, Lizzie stepped in with a glass of cherry punch from the party and shouted, "NIGEL UNO! I'D LIKE A WORD WITH YOU!". The Delightfuls asked what the meaning of this was, but Lizzie was so angry and just replied rudely and loudly, "SHUT UP!". After Lizzie gave a speech to Nigel, she tried to wet him with her punch, but he jumped out of the way and the punch landed on the master fuse box. Nigel grabs Lizzie and hugs her, telling her that she's brilliant. She replies by saying, "Now, was that so hard?". Outside, the mansion blows up into fireworks as they and the Delighfuls run outside as the mansion is destroyed because of Lizzie's glass of punch.

Nigel, while frequently annoyed by Lizzie's antics, deeply cares for her and usually makes up with her for whatever animosity has ensued at the end of the episode. However every other member of the KND tend to groan everytime she appears.

At the end of Operation: G.I.R.L.F.R.I.E.N.D., Lizzie breaks up with Nigel after he leaves her several times during their date to attend to the imminent danger present to them, courtesy of the KND Splinter Cell. Also, she was tired of him always putting the Kids Next Door before her and neglecting spending time with her.

She was last mentioned in Operation: T.R.E.A.T.Y. by Kuki, mentioning to Nigel at a rather bad time that Lizzie dumped him cold.

She also appears in the comic Operation: R.E.B.O.U.N.D., which takes place after she had broken up with Nigel. She enters the treehouse during an attack by The Delightful Childrens' Roboturkeys.

Lizzie also appears as an obstacle in Operation S.T.A.R.T.U.P. in Nigel's mission. If you don't dodge her, she'll hug you and try to kiss you.

Lizzie's true identity as revealed in "Stop the g:knd," Numbuh Vine is an operative of the Galactic KND. She has a facebook page used to upload promotional content for G:KND (Spin Off Pitch).

Numbuh Vine looks like a potted plant turned upside down, giving a squid-like appearance. She has white, beady eyes and five hanging vines that act as limbs. 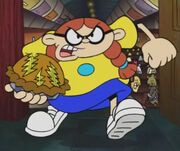 Lizzie breaks up with Nigel

Lizzie's name upon being entered at RainbowMonkeys.com 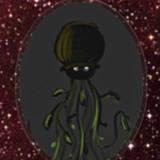 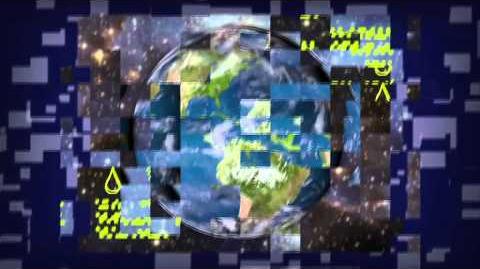 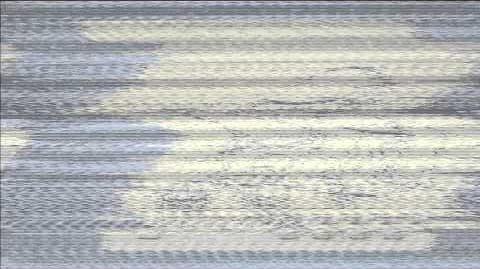 Uploaded to Facebook March 9, 2015
Add a photo to this gallery
Retrieved from "https://knd.fandom.com/wiki/Lizzie_Devine?oldid=84561"
Community content is available under CC-BY-SA unless otherwise noted.